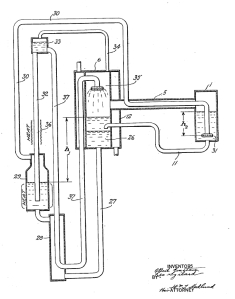 Most people have no idea that Albert Einstein and Leo Szilárd invented a refrigeration mechanism with no moving parts, requiring no mechanical compressor. The range of designs (conceived between 1926 and 1933) were an alternative to the those devised by Baltzar von Platen and Carl Munters in 1922. A number of the ‘Einstein Refrigerator’ designs were subsequently purchased by Electrolux (assignees of the Platen-Munters designs) in order to secure their market position.

Szilárd, Einstein’s former student, went on to work in many other significant collaborations, most notably, the Manhattan Project.