If placed in the position of having to release a copy of a document whose very existence has been called into question, do not ever monkey around with the captured image.

After the administration’s awkward experience with the 2008 release of the short-form Certificate of Live Birth (which appeared to show evidence of digital editing) one would have expected the 2012 Obama campaign to be as hands-off as possible in the publishing of the “long form” counterpart.

Instead, they have left peanut-buttery fingerprints all over it — almost inviting people to speculate as to why they might have broken the scanned image into layers before sandwiching them together in the PDF file made available earlier today @ the official White House site:

Low-resolution image (.jpg) of the PDF: 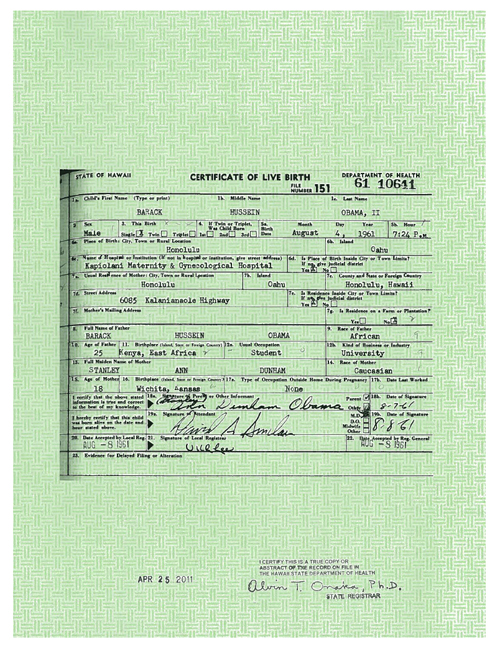 The provided document contains multiple elements from at least two separate digital files. Source code inside the PDF file shows that the document is a combination of 8-bit (colour-RGB) and 1-bit (black&white) image files. Though this may have been done to improve the legibility of the scanned document, it is the height of idiocy to have tampered with the digital file(s) at all.

Here’s a closer shot of the ‘flattened’ result: 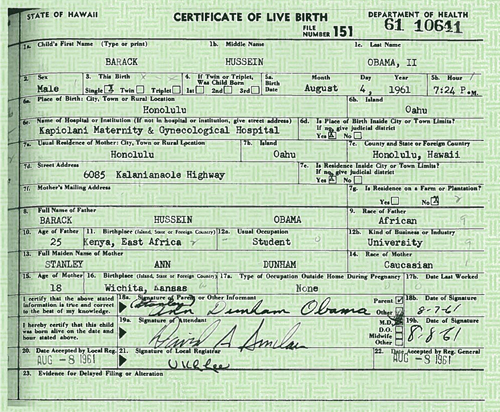 Here’s the RGB base layer of the file with most of the text removed (not by us): 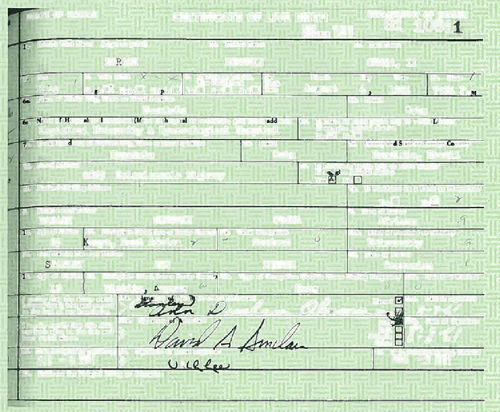 And here’s a 50-50 merge of the text-blanked, full-colour base layer and a number of layers containing 1-bit (black only) text image: 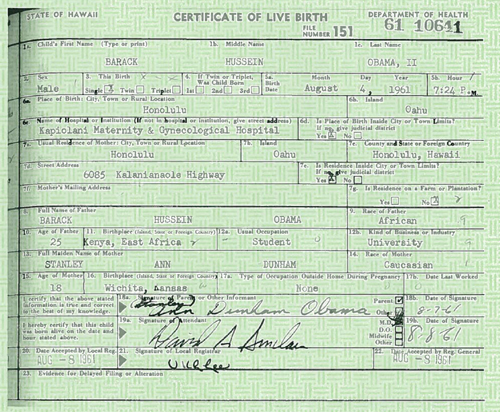 Why was it done this way? That’s exactly what everyone will be wondering.

Technically, there are several better–and less invasive–ways to improve the legibility of the text without resorting to the creation of a document that appears to contain at least eight layers of image data.

Maybe it’s intentional: Perhaps the 2012 Obama Campaign plans to use “birther” controversy as a distraction, in order to limit the dialogue on other issues.

2 responses to “First Major Blunder of the 2012 Obama Campaign”