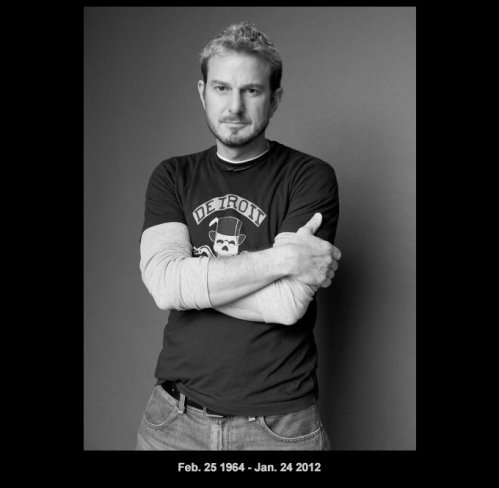 “Peace for Israel means security, and we must stand with all our might to protect her right to exist, its territorial integrity and the right to use whatever sea lanes it needs. Israel is one of the great outposts of democracy in the world, and a marvelous example of what can be done, how desert land can be transformed into an oasis of brotherhood and democracy. Peace for Israel means security, and that security must be a reality.”

A tip of the old skullcap to Lorne R.

Waco: The boys up top tell me you Mohammedans have as many as 300 wives.

Tambul: No. The Prophet tells us that four wives is sufficient for a true believer.

Tambul: The Prophet says that one wife makes a miserable life because she always gets bored. And two wives make a mess of your life also. They always quarrel and you never know which one is right. And three wives are bad, too. The two always take sides against the third. But four wives makes real happiness.

Tambul: Two and two are company for each other. And the man, he has his rest.

Waco: That sounds all right. You’ve got four?

Tambul: No, I have only one.

Waco: What’s holding you back?

Tambul: If you had this law in your Texas, would you have four wives?

Tambul: It is the same with me. My wife, she would not like it.

Waco: You sure learn things in the army.

Tambul: Yes, we both have much to learn from each other.

Thank you for your interest in this most unconventional initiative to promote grassroots, collaborative, peace-thinking about the Middle East.

The story of APoJi (A Peace of Jerusalem initiative) began on October 27, 2009, when the idea was proposed during a friendly discussion about “intractable problems” and “impossible dreams.”

On November 5, 2009, the first official iteration of the proposal “A Peace of Jerusalem” was posted on this site.

On August 7, 2010, after collecting and collating the input of about 300 interested observers from around the world, and after dozens of interim versions were posted, the ‘final’ version of the main text was frozen and placed into the public domain.

Future versions of the document will be denoted by the year in which they are published; e.g. A Peace of Jerusalem 2011.

The first print edition of the document was published on December 13, 2010, and distributed to all contributors who provided a physical mailing address, but who will otherwise remain anonymous.

A few small changes to the preamble were made since that time and have been incorporated into the digital master which can be found here: http://apoji.org.

Working within a self-imposed 2,000 word limit for the main body of the text (and a nine-month timeframe), the result is something that the average person can read—and mostly understand—in about ten to twenty minutes (30 is more realistic — Ed.) The myriad details required to properly implement such a plan will be left to the engineers, lawyers, diplomats and bureaucrats to discuss.

Theoretically, the success of any such proposal would rely upon the earnest parallel pursuit of a wider, regional treaty on refugees and human rights.

We invite your constructive participation in this project through the link provided above.

.
On behalf of the composing group and with sincere regards,