Turkish PM: “Ahmadinejad is Our Friend” 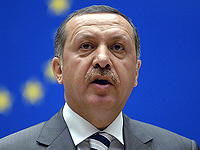 Turkish Prime Minister Recep Tayyip Erdogan is alleging that Israeli Foreign Minister Avigdor Lieberman threatened to use nuclear weapons in the Gaza Strip. Erdogan’s comments were made in an interview with the British newspaper The Guardian. His remarks threaten to send the already deteriorating relationship between Turkey and Israel to new lows, especially having defended Israeli arch nemesis Mahmoud Ahmadinejad in the same interview.

Erdogan said of the Iranian president that, “There is no doubt he is our friend…As a friend so far we have very good relations and have had no difficulty at all.” In recent weeks, Turkey banned Israel from joint military exercises in which both countries have participated for six consecutive years; Erdogan then defended Turkish public television for airing a provocative program in which actors representing Israeli soldiers were seen shooting and killing Palestinian youth.

PARIS (AFP) — Iran’s exiled opposition movement said Thursday it had learned of two previously unknown sites in and near Tehran that are being used to build nuclear warheads.

“Resistance sources have managed to uncover two centres that work directly on nuclear armaments and which were until now kept secret,” Mehdi Abrihamtchi of the People’s Mujahedeen told reporters in Paris, where his group is based.

“They are places for research and production of detonation systems which is a major part of the mullahs’ atomic bomb project,” he said, adding that his organisation had passed on the information to the UN atomic watchdog, the International Atomic Energy Agency… 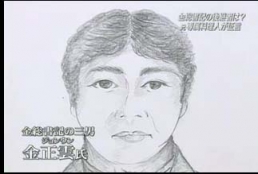 SEOUL, South Korea (AP) — The youngest son of North Korea’s authoritarian leader has been given the title of “Brilliant Comrade,” a sign the communist regime is preparing the 26-year-old to succeed the ailing Kim Jong Il, a newspaper reported.

The report came Friday as the U.N. Security Council approved new sanctions against North Korea for its recent nuclear test. There was no immediate reaction from Pyongyang, which has repeatedly warned it would view new sanctions as a declaration of war. South Korea welcomed the sanctions Saturday.

U.S. and South Korean intelligence authorities disclosed during a meeting this week that Kim Jong Un is now being referred to in the secretive regime as “Yongmyong-han Dongji,” which translates roughly as “Brilliant Comrade,” South Korea’s mass-circulation JoongAng Ilbo newspaper reported Friday.

An unidentified intelligence official quoted by the newspaper said the title means the North will engineer a cult of personality for the younger Kim — much like it was done for his father and grandfather, Kim Il Sung, the only two leaders North Korea has known.

The eldest Kim founded North Korea in 1948 in the aftermath of World War II when the peninsula was divided between the Soviet Union-controlled north and the U.S.-backed south.

Flip back through our entries on the North Korean issue…